Precautions and Complications of Laparoscopic Surgery in Pregnancy 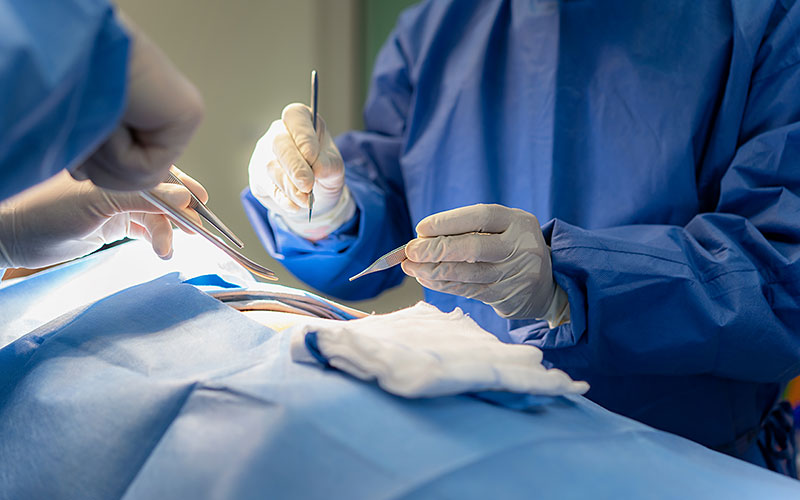 Before discussing laparoscopic surgery in pregnancy let us discuss why and when non-obstetrical surgery is required in pregnancy.

About 2% of pregnant women have abdominal non-obstetrical surgery each year. Symptomatic cholelithiasis, appendicitis, and adnexal masses are a few frequent diagnoses. For several reasons, pregnancy makes it difficult to diagnose and treat specific problems surgically.

Laparoscopic surgery has grown in popularity since the 1990s and, in recent years, has replaced open surgery as the treatment of choice for patients with surgical diseases. Laparoscopic surgery benefits include a shorter hospital stay, fewer wound infection rates, and quicker return to regular bowel movements.

It is advisable to handle surgical difficulties with great care and attention during pregnancy due to the physiological changes in the mother and the presence of a living baby in utero. Due to improved anaesthesia and laparoscopic techniques, pregnancy is no longer incompatible with laparoscopic surgery.

Moreover, with a better understanding of pregnancy’s physiology, emergency laparoscopic procedures like appendicectomy, splenectomy, pheochromocytoma, and cholecystectomy are now feasible during pregnancy.

Complications of Laparoscopic Surgery in Pregnancy

There are worries about how laparoscopic surgery will harm the mother and fetus, including the possibility of maternal hemodynamic alterations and instability brought on by a decline in venous return and cardiac output. Additionally, a rise in intra-abdominal pressure may cause a fall in uterine blood flow and intrauterine pressure. Fetal hypoxia might be the outcome of all these changes. The respiratory acidosis in the mother of the fetus may result from the acidosis that people who endure a carbon dioxide pneumoperitoneum experience in the fetus.

Another complication that makes the procedure dangerous, especially in the third trimester, is accidental uterine and fetal harm caused by the Veress needle and primary trocar insertion.

The pregnancy stage determines the fetal and maternal risk factors. The two main concerns during the first trimester of pregnancy are a higher risk of miscarriage (12%) and potential teratogenesis. Since the growing pregnancy is hormonally dependent on the corpus luteum in the first trimester, disturbance to it may increase the risk of miscarriage. Because of the gravid uterus size, associated technical challenges, and maternal dangers, laparoscopic surgery during the third trimester carries an increased risk of preterm labour.

Precautions for Laparoscopic Surgery in Pregnancy

While performing a laparoscopy during pregnancy, some suggested safety measures to be taken include.

It would be wise to use a Hasson open, laparoscopic approach to avoid accidentally puncturing the uterus, especially in cases of advanced pregnancy. A 2-3 cm long superficial incision following the dissection of the fascia inserts the primary trocar and cutting of the peritoneum. The pneumoperitoneum is then stitched together with a purse string suture.

Avoiding intra-abdominal pressure increases above 15 mmHg may be wise because doing so would make breathing technically more difficult.

Monitoring and maintaining a normal range for maternal end tidal volume CO2 is essential. Should elective surgery be performed, the second trimester is the best window for a favourable outcome with the slightest chance of ill consequences on the mother or the fetus. Tocolytic medications, however, can be used if the uterus starts to contract rather than having to be taken as a precautionary measure. Moreover, a skilled theatre crew and the right tools are essential for operative laparoscopy to be safe and effective during pregnancy.

Pregnancy differs from case to case so consultation with a doctor is essential. Laparoscopic surgery in pregnancy is possible if done with precautions and by an experienced surgeon.

In west Uttar Pradesh, you can contact the Gynaecologist of Ravi Hospital Group in Noida, Agra, Firozabad and Aligarh for more details.

This article should not be considered a substitute for medical advice. Please consult your treating Physician or Gynaecologist for more details.